After several minutes the male walked behind the female and clambered clumsily up onto her back.

After a minute or so of balance the male fell off without successfully having mated. Having fallen he immediately plucked up a bundle of dried grass cuttings and presented them to her. It seemed to work because soon the head and neck movements restarted, and soon after that he was back on top.

On his third time piggybacking (since we'd started watching) the actual act of mating took place - he lowered his tail and rear end, she raised hers... a brief shaking... and off he stepped to stand again beside her.

Posted by Leo du Feu Painter of landscape and nature at 10:07 pm No comments: 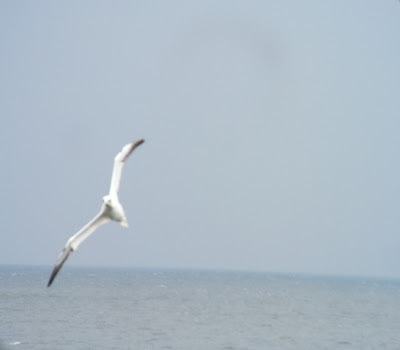 Posted by Leo du Feu Painter of landscape and nature at 4:47 pm No comments:


An overcast day, but bright. A breeze was blowing but never particularly strong.


Things are very busy so I wont write in much detail.


Only fifteen minutes into my walk I saw a fox, pretty close. It had seen me first and stood stock-still, intently staring, neither of us moving for three or four minutes. If we were playing chicken, the fox lost; it moved first, slinking unconcernedly down the railway embankment and out of side.

The flood field is now better described as the large-puddle field and as a result, and perhaps also due to time of year, not many waterbirds were there.

Time to nest and to sing:

This time last month the migrants from Africa had just begun to return. Now swifts, whitethroats, and sedge warblers have joined the earlier incomers.

Sedge warblers rattled and churred frantically. I heard them at quite regular intervals in the long stretch between Park Farm and Philpstoun, probably six or seven territories along that mile of water.

Twice I heard a call I didn't know well; it was familiar, but I couldn't remember what until I saw two beautiful whitethroats with their sharp grey heads and, um, beautiful white throats.

It's very worthwhile getting to know bird songs - often it's how a bird will be seen, by first having heard it sing. Start with just a few, perhaps those you have in your garden. People say the best technique for learning is to watch the bird as it sings; it helps ingrain the song in your head. Xeno Canto website is amazing for listening to recordings of pretty much any bird, worldwide. Here's the sedge warbler I mentioned - http://www.xeno-canto.org/species/Acrocephalus-schoenobaenus

All along my route was evidence of courting, nesting, raising young. In at least three fields lapwings were busily and aerobatically chasing off crows: in each field I saw a parent sitting; in the large-puddle field I saw two separate parents with at least five chicks between them.


All other water birds eligible for WeBS count:

I seem to have written quite a bit after all. I find writing addictive.


Posted by Leo du Feu Painter of landscape and nature at 8:42 pm No comments: