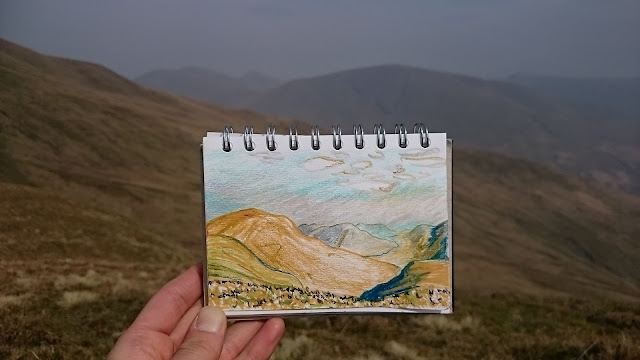 After the count, walking to the highest summit Beinn Chaorach 713m.  Stop in the hollow between Beinn Tharsuinn and Beinn Chaorach. Lie on my back. Weak, tired, head on my rucksack, valley before me as a vast mountain punch-bowl. Dark Fairtrade chocolate, nuts, an apple, oatcakes, coffee.

11am, text update to Jennifer then close my eyes, see what happens, thinking of Nan Shepherd and Robert Macfarlane and their naps in the hills. Wake up, look at watch, 11.10. Start to write, then I'll sketch. Why does starting writing almost always feel easier than starting sketching?

No sign of ticks this time but keep trousers tucked to socks anyway, and t-shirt to trousers, and despite the heat. Brittle dry underfoot, fissured peat.

No sound of humans except now and again the rumble of a plane.

Skylarks around and now one rising in song flight right behind me. Meadow pipits peeping calls, close and far, a parachute song flight.

Drone and buzz of bumblebees. I've seen quite a lot up here. The five or six I've got close to have all been white-tailed. Rarely I see white-tailed and often when looking at buff-tailed think, "is that a white-tailed?" Seeing these today I realise that their tails really are clean white, not buff, their two yellow bands really are cool bright yellow, not gingery like buff-tailed.

Flying towards me, a dark thing with orange. Closer... a cockchafer? Closer... close... a ladybird! Passes a foot from my nose. Red wing cases raised and open. Where has it been? Where is it going? 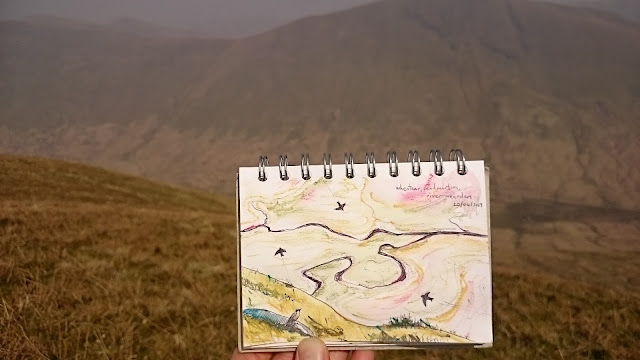 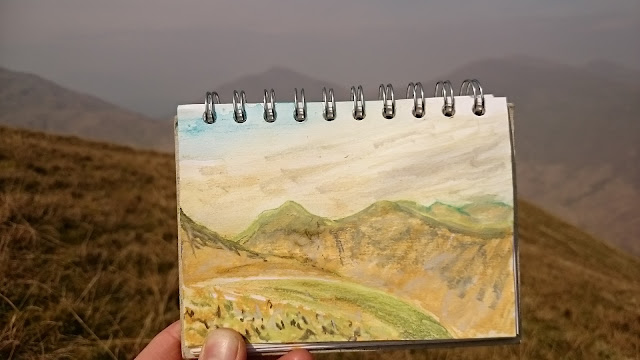 Posted by Leo du Feu Painter of landscape and nature at 10:17 am 1 comment: 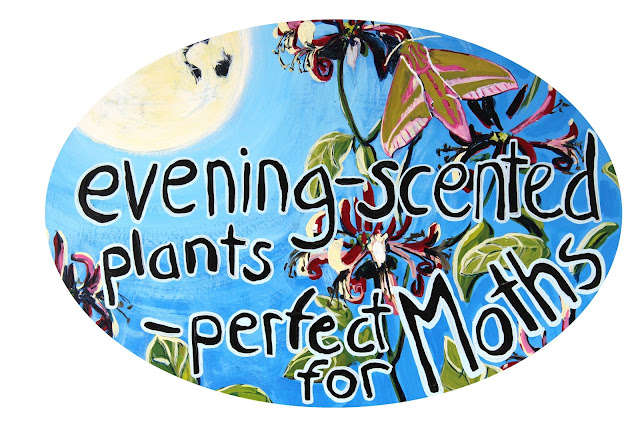 Here are my ten hand-painted signs now installed in our biodiversity garden at Burntisland station, Fife. The project has been led by Margaret and Val of Floral Action Burntisland alongside The Wildlife Friendly Gardener (Neil) and me.

The garden has been carefully planned and planted by Neil to be beautiful, colourful, packed with interest, full of life. Once matured it will provide year-round habitat & food & nectar for bees, butterflies, hoverflies, bee-flies (have you ever seen a bee fly? No, wait, of course you have, I mean have you ever seen a bee-fly? - read on for photos), moths, spiders, ladybirds and the endless other little creatures which nowadays so badly need our help.

It hasn't been planted to be neat. Neat isn't really what nature needs. The human desire for neat is turning ever more of our gardens and landscapes into bare barren slabbed decked artificial-grassed tarmacked nature-vacuums. Nature needs nature.

If you find it hard to move away from feeling neat is best try making some nice colourful / rustic / classy (neat?!) signs to put by the patches you're letting grow - "left long for nature", "wildflowers for butterflies & bees", "seedheads for hibernators", etc. That way you're telling visitors (and yourself) that you aren't neglecting the garden, you're on purpose helping it become a wonderful wildlife haven. Our station garden and my signs give some ideas for things to do in your own community, be it garden or school or workplace or park.

Open-fronted nest boxes for species such as robin and wren have been put up in secluded spots and house sparrow terrace boxes are ready to go up when a forthcoming renovation project is complete.

A Bug(island) Hotel has been made for us by local school Starley Hall.

Posters are still to be displayed to point people in the direction of the biodiversity garden as it's fairly well hidden at the far end of Platform 2.

Our many thanks go to:
- ScotRail and Keep Scotland Beautiful for the Biodiversity Fund grant which made this project possible.

- Starley Hall school for designing and constructing our Bugisland Hotel.

- Scott Pallets for providing wood for Starley Hall to turn into our Bugisland Hotel. 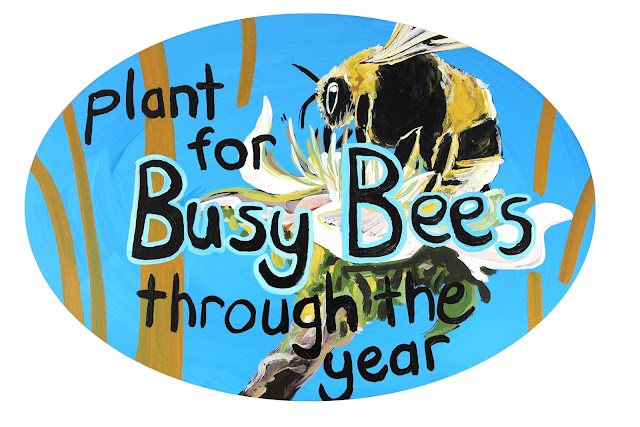 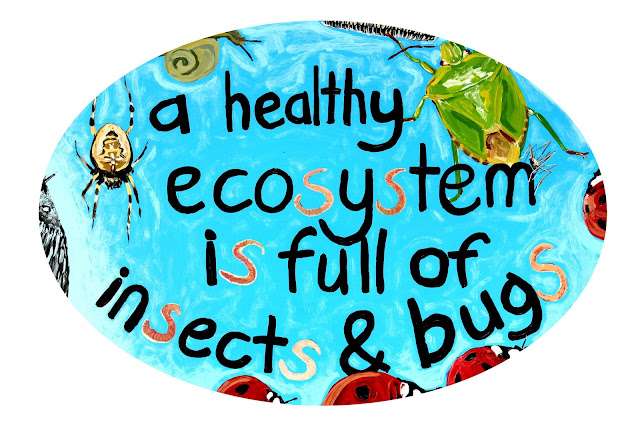 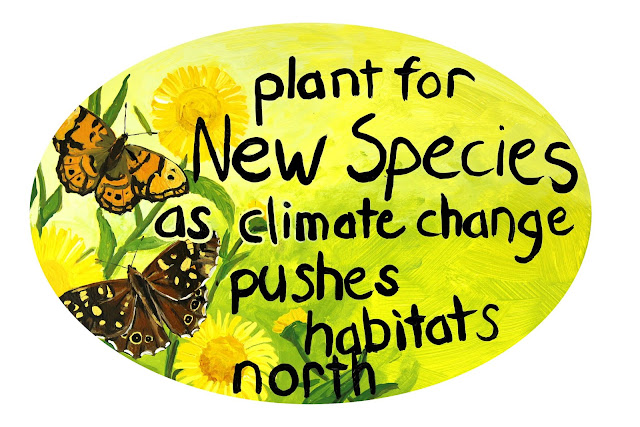 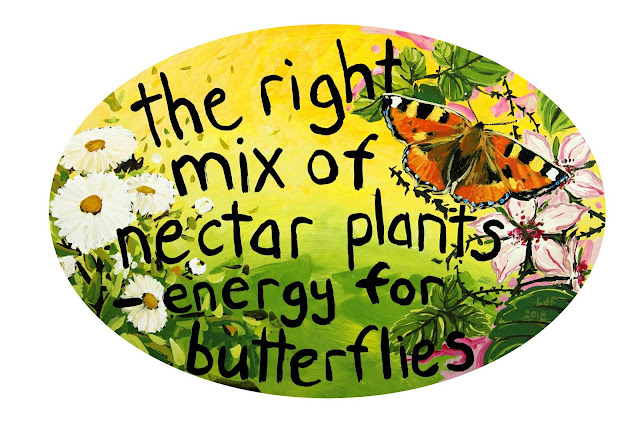 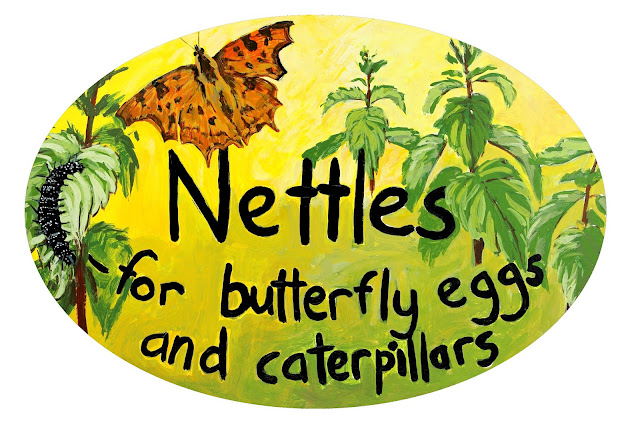 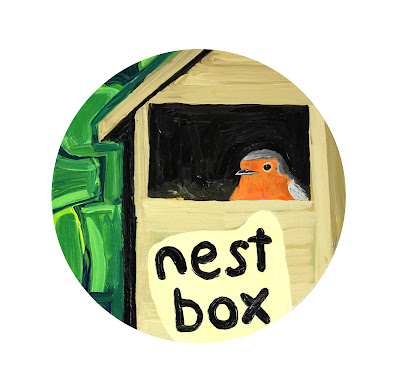 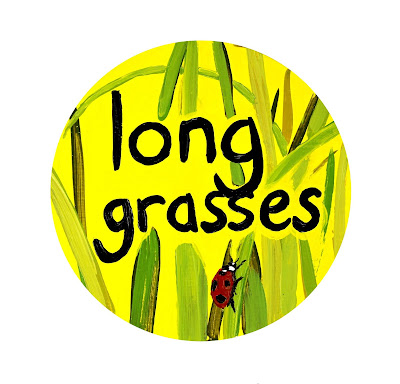 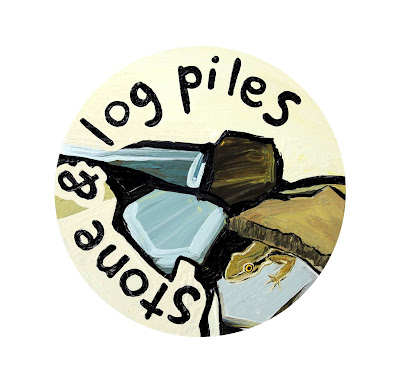 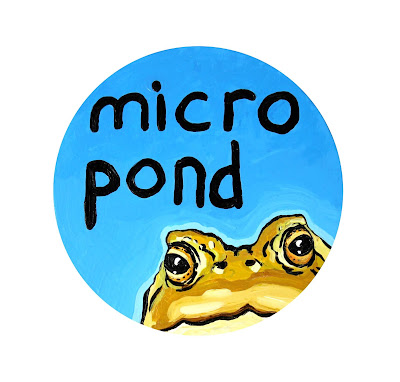 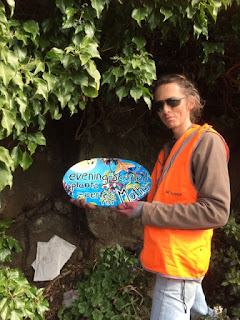 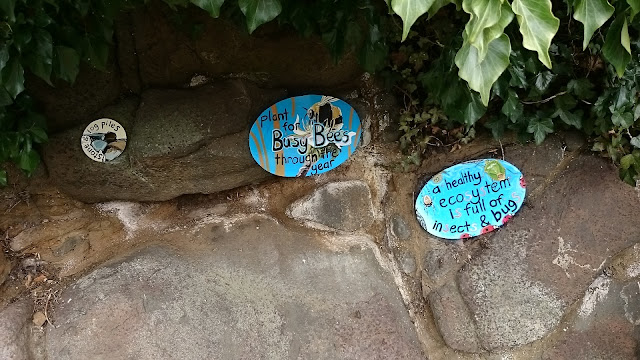 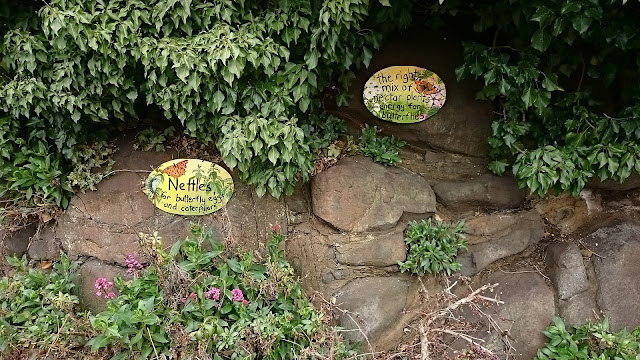 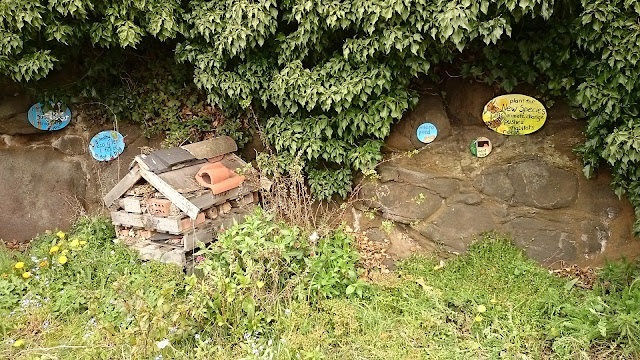 Visit Burntisland! Only 35 minutes by train from Edinburgh Waverley. The East Coast and Fife timetable - www.scotrail.co.uk/plan-your-journey/timetables-and-routes 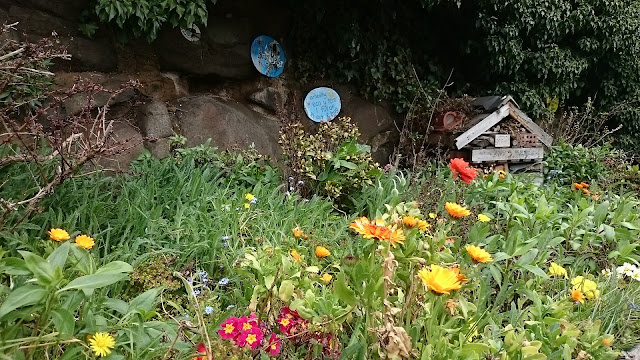 Posted by Leo du Feu Painter of landscape and nature at 4:45 pm 1 comment: