On September 6th 2015, the longest railway to be built in Scotland for more than 100 years was officially opened. The Borders Railway is 30 miles long, stretching from Edinburgh Waverley to Tweedbank. Journey time is 55 minutes.

Last week I made my first trip along the line, my first time ever on a brand new railway. 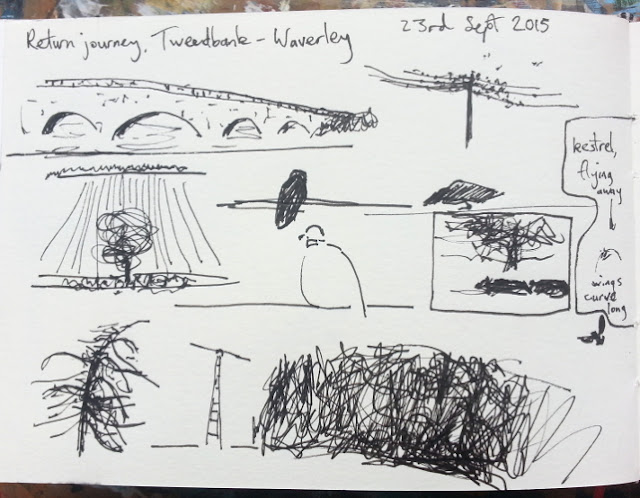 
Read all about the route from people who know:

- the Campaign for Borders Rail.


My own trip on the *NEW* Borders Railway:

First station, Brunstane. Decided to take a photo of every station sign.

Though not a good one.


A few minutes of views to the Pentlands. The other side of panorama from our home in Fife. 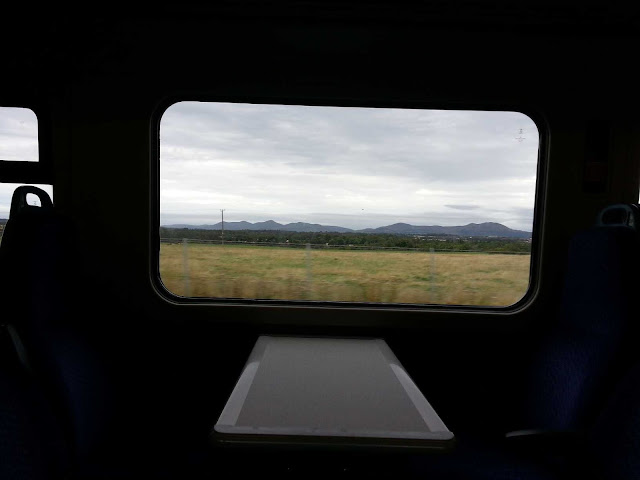 Borthwick Castle on the right, sitting so proud in its own little valley.

10am, halfway between Gorebridge and Stow - a kestrel perching hunch-backed on a wire.

10.07am, arriving at Stow - a buzzard on a wire, as they so often are. A field of sheep below, one dark, all others white. 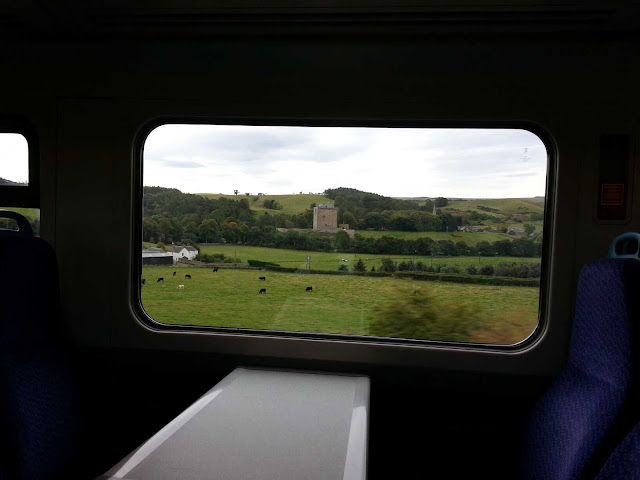 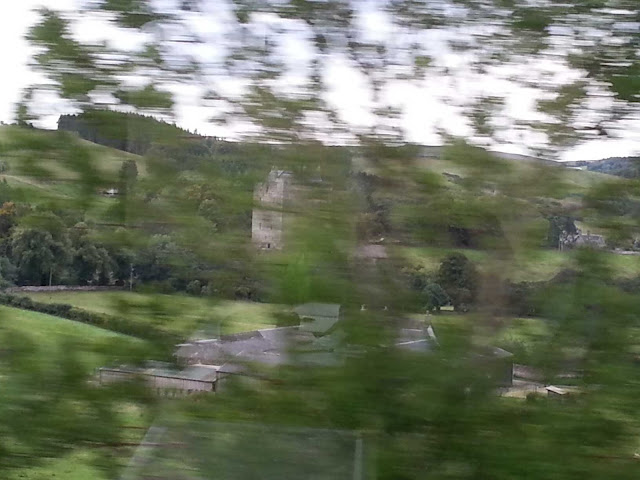 Gala Water, snaking beside us.

On the left a cairn on a hill. A silhouette walker ascending.

Then passing a sewage treatment centre, great places for birds! (attracted to the flies).

Over a wide wide meander - the River Tweed

To start with it's urban, through Brunstane, Newcraighall, Shawfair. As so often with urban railways you're passing through the unseen backlands. There are brambles, gorse, wildflowers, young birch thickets. You might see deer, or a fox.

Shawfair and onwards are all new stations and around each is rather a 'building site' look. Because that's what they've been until only weeks ago. Flowers and grasses are already sprouting and spreading and reaching skywards. It won't take long.

There's also initially disappointment at the stumps of a number recently felled large trees. That very quickly fades as you pass hundreds after hundreds that have been newly planted.

Once the countryside gets started this becomes a very beautiful line. Gently hilly farmland, streams and rivers alongside. Dry stone walls dividing fields. Sheep and cows. Lots of birdlife. Little cottages to feel cosy about and country houses to ogle.

I spend the day walking from Tweedbank (another blog post to follow). On the way back I made some sketches and followed our journey on the map. 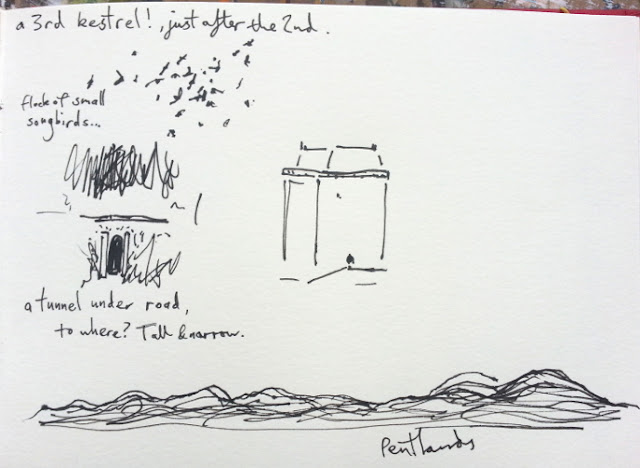 There are two trains an hour from Edinburgh Waverley to Tweedbank.
Find the ScotRail timetable here.


Many thanks as always to ScotRail for their invaluable support of my Scotland by Rail work.


Posted by Leo du Feu Painter of landscape and nature at 10:02 am No comments: