We need to sort out plastics


This is Garelochhead. One of my regular patches. A place I love. 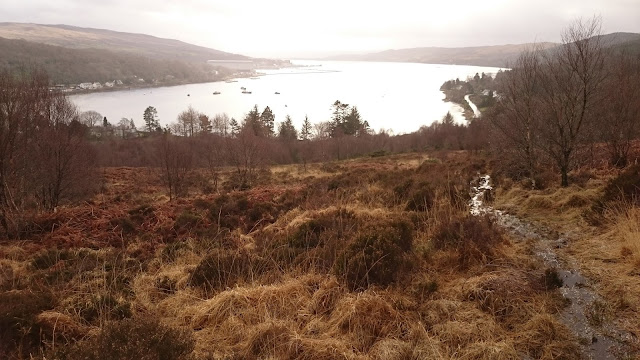 But zoom in and this is what you see: 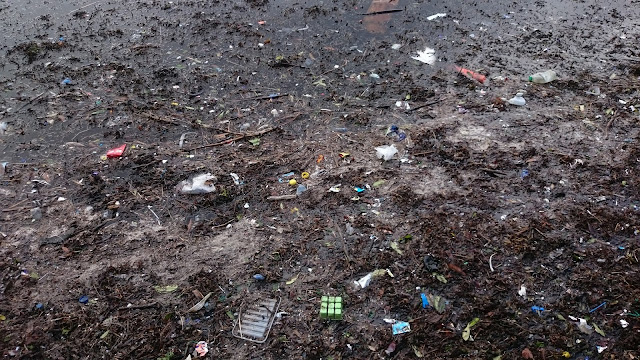 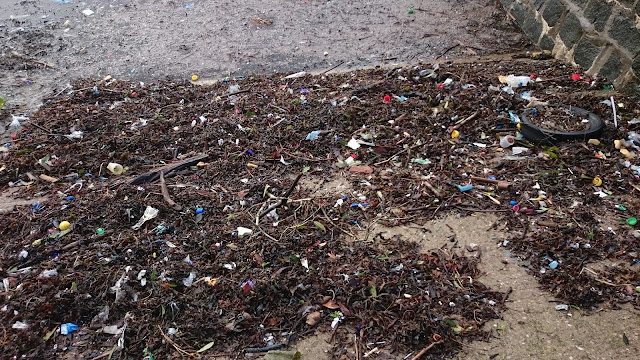 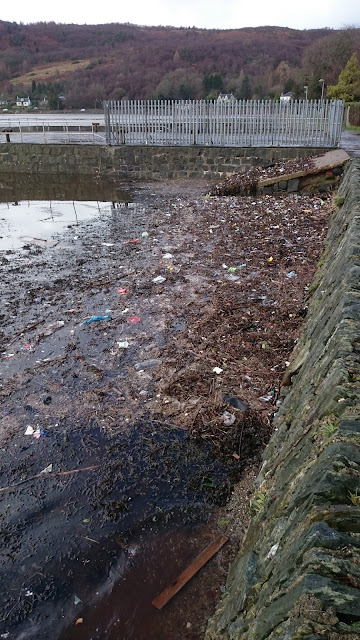 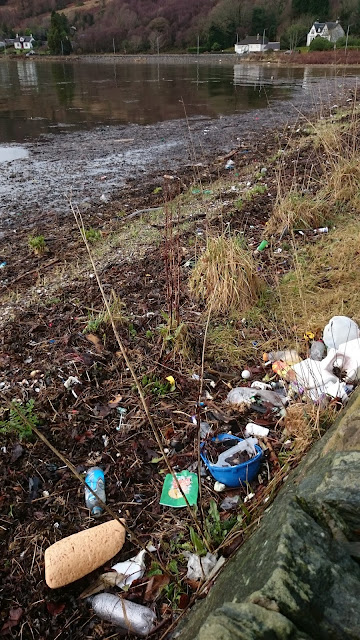 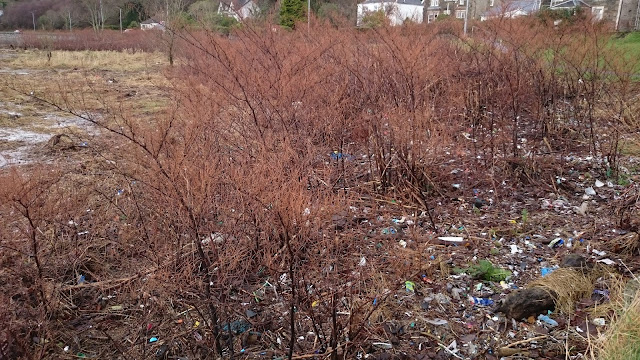 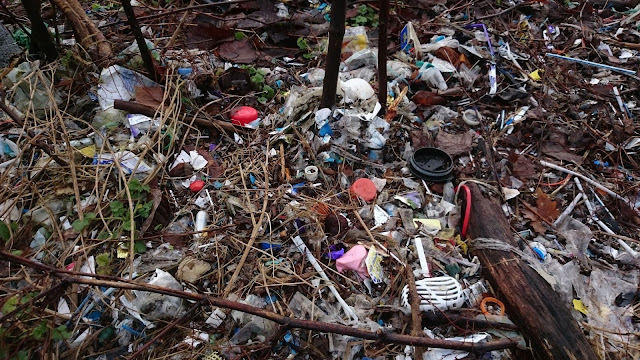 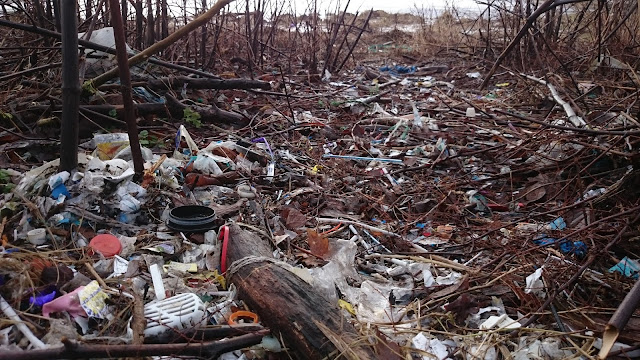 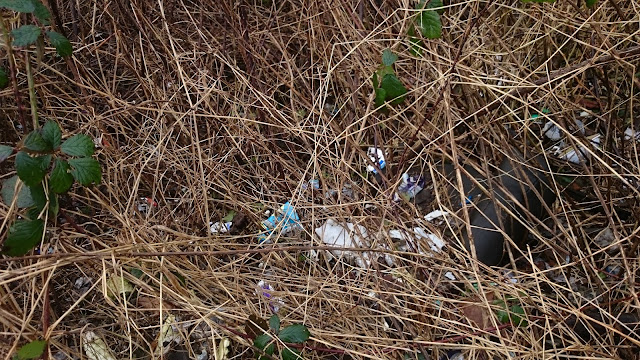 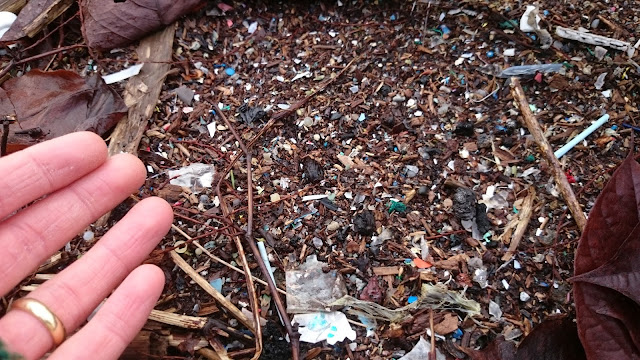 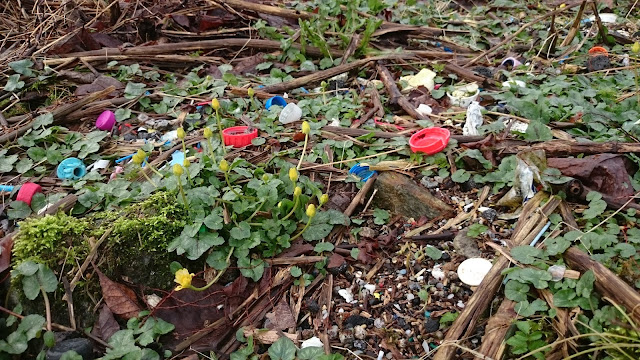 They come in on the waves, floated to the head of the loch by west coast winds and the tide. It's not the fault of Garelochhead. The vast majority of these pieces aren't theirs. They're all of ours.

Garelochhead is just one little speck on one big world, this is happening across all of it.

Not a world I'll be proud to show my children.

What we can do:

- Sign the Clean Up Scotland pledge to show that you care and want to take action. Signing shows politicians and businesses that we demand change. - www.keepscotlandbeautiful.org/pledge

- reduce use of plastics and lobby business and government to do the same.


Garelochhead, why I love it:

You are most welcome to use material from this post to help campaign for a protected planet.

Posted by Leo du Feu Painter of landscape and nature at 4:16 pm 2 comments:

About Urban Gulls
Gull season will soon be upon us.
For me this means the joy of watching beautiful wild creatures close-up as they live their lives alongside me. It means the fascination of seeing gulls returning, some from overseas, returning to the exact same spot that they nested in last year, being re-united with their mate after a winter apart. It means watching their eggs appear, waiting for them to hatch, watching them diligently raise their chicks. It means watching the chicks as they start their hop-explorations across the rooftops. It's a privilege and a treat to be so close to them and their lives.
For others it means daily terror, or irritation, or absolute anger as the gulls 'invade our towns', swoop at our heads, splatter our cars, wake us in the early morning. It means shouting articles and letters in the papers. It means councils debating whether to spend money climbing onto roofs to destroy nests and eggs. It means householders and building owners putting spikes over every surface that a bird might choose to rest or nest on.
It's quite incredible that human beings can feel such hostility towards any other living creature. Humans are the only ones that might deserve our fury.
Already, this February, the Edinburgh Reporter tells that Conservative councillor Nick Cook is calling on Edinburgh Council to fund a 'gull de-nesting service.'
In my own town - we have snazzy signs helping to reduce understanding and empathy towards wildlife. Funded I believe by our Community Council (which does, by the way, usually do a lot of good):

Here's my article. You're most welcome to share it:
Urban Gulls, the offending article
Living in Burntisland on the Fife coast means living with gulls. For a lot of the year they're not very noticeable but come springtime breeding season they become rather an issue. They can be extremely noisy in the early mornings, and when kids are trying to sleep at night. They might steal a bite of your lunch, or your whole sandwich. They certainly do swoop at us as we walk past - pretty scary!
It helps me to know why they do these things. The noises are about courtship, pair-bonding, keeping in touch with young, defending territory. As I learn better which calls belong to which gulls it becomes more interesting, less irritating, and I try to remember that it's only during the breeding season. We're pretty noisy too, with our cars, planes and mowers and three months of Shows on the Links!

The swooping is to protect their chicks. A swooping gull is shooing us from its nest area just as we shoo it from our garden or picnic. It isn't trying to kill us and couldn't if it tried. On the rare occasion when a gull actually hits it's worth knowing that it's their feet not their beak that impact with our head. When walking, as soon as we move beyond the gull's territory the swooping stops. They pester more if you're with a dog and they also swoop at cats. Cats have no problem getting away fast.

A good technique for passing nest areas without stress or fright is to walk calmly, waving a gloved hand or bit of stick over your head. They still swoop but can't fly close enough to hit you.

I learnt this technique on the Isle of May where I go to paint. Accessing the harbour means walking through the nesting ground of hundreds of terns - beautiful seabirds, like delicate gulls but with dagger-sharp beaks. The terns rise en masse and swirl above, dive-bombing constantly and making a terrible shrieking commotion. Unlike gulls, terns do try to hit you, and they draw blood! The waving-above-head method (plus hat to avoid droppings) works perfectly and the experience becomes rather special - how often do we get to be so close to a natural, wild, animal? The other technique is to walk beside the tallest member of your group, which unfortunately seems to be me.

After studying and learning more about gulls I find I really enjoy and admire them. They're slick, bright, characterful, and one of the easiest creatures to watch. They have such fascinating lives, returning to their breeding territory each spring from hundreds of miles away, usually mating for life, living up to 32 years! I'm interested to see which rooftops they return to and whether they use the same spots as last year.

It's amazing watching the eggs appear then a month later crack open to reveal stripy grey fluffballs which grow and grow until larger than their parents and ready to flap down to the ground for the first time. I love that funny stage when adults have had more than enough of parenthood but youngsters keep whining for more food, more food. I don't enjoy seeing the young chicks which are hit by our cars.

Worldwide there are over gull 50 species and in Britain we commonly have six: Herring gull; Common gull; Lesser black-backed gull; Great black-backed gull; Black-headed gull; Kittiwake. All of these can be seen in or from Burntisland.

Surprisingly, gulls aren't doing as well as we might think. Herring gull is on the UK Birds of Conservation Concern Red List. Lesser black-backed, amongst others, is Amber Listed. Between 2000 and 2013, breeding Herring gull numbers fell by 30% and Lesser black-backed by 48%. Scientists say that much more info must be gathered before any big decisions about "how, when and where, to control gulls are taken, while a thorough understanding of their ecology should underpin any measures taken." (British Trust for Ornithology [BTO] 'Gulls allowed?' online article.)


Great gull articles on RSPB and BTO websites.
Try your local library or bookshop for general bird books.
A must read is Esther Woolfson's brilliant 'Field Notes From a Hidden City' which discusses our relationships with urban wildlife.

Posted by Leo du Feu Painter of landscape and nature at 5:12 pm No comments: