We've just got back from three-and-a-half weeks on honeymoon - to New York and back by ocean liner. I stayed offline the whole time, and loved it.

Here's a first blog post, then to my emails...

Raccoons in Central Park. This was one particular family that we got to know over several nights. Seriously cute. Extremely tame. Walk around at dusk and it's hard not to see any, especially near litter bins. Rats too - nice to see how many people watched with curiosity rather than fear or fury. And fireflies, hundreds of them, as darkness approaches gently rising and falling over the grasses, soft led bulbs glowing yellow. On... and fade, on... and fade. 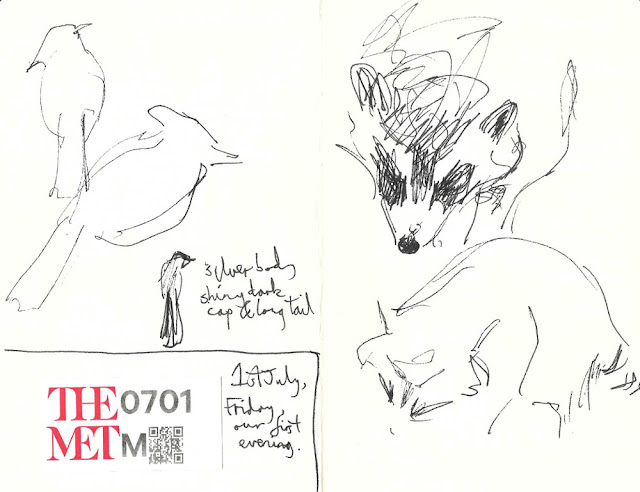 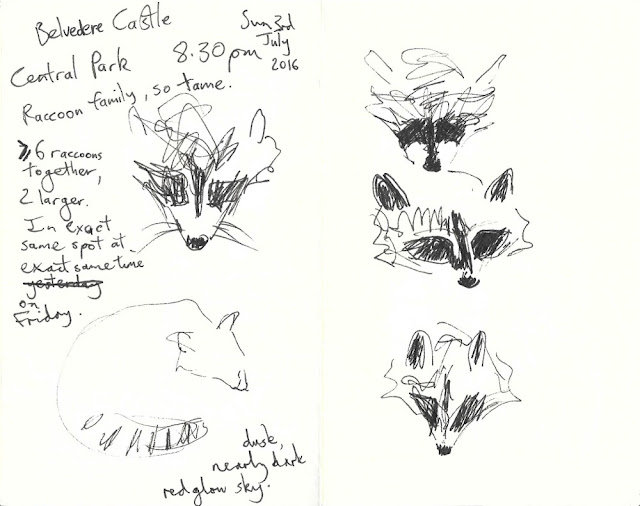 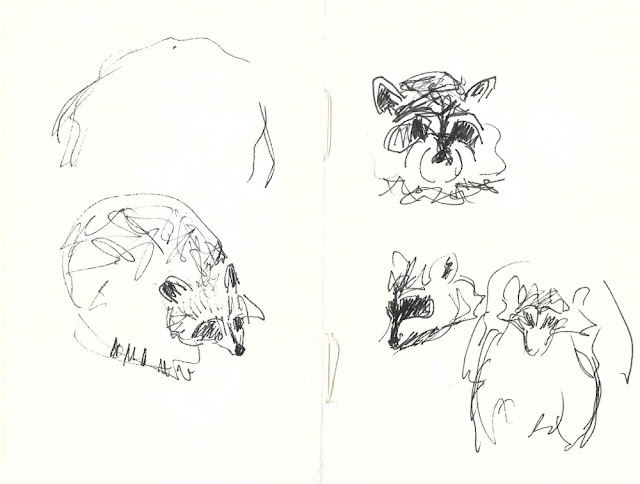 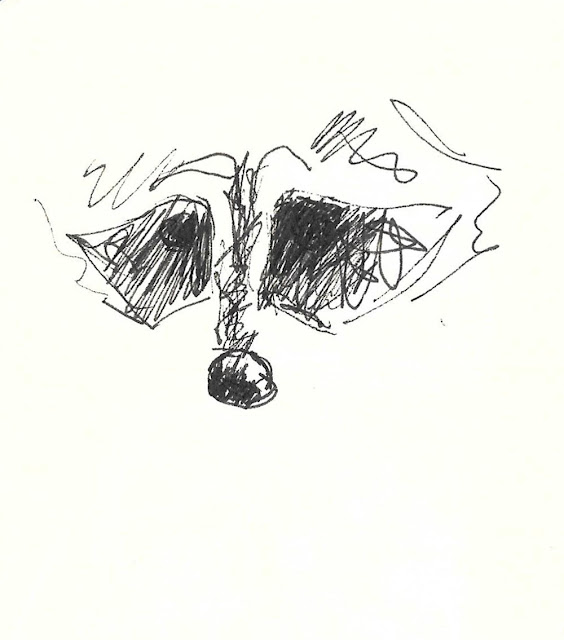 Central Park is a two-and-a-half mile long, half-a-mile wide, 843 acre greenspace in the middle of Manhattan Island. A haven for wildlife and for people. I could have spent the whole time just there.

The total number of bird species ever recorded in Central Park is over 280 - www.nycaudubon.org/manhattan-birding/central-park

We crossed the Atlantic on Cunard's Queen Mary 2 - www.cunard.co.uk/cruise-ships/queen-mary-2

Posted by Leo du Feu Painter of landscape and nature at 12:22 pm